Back to School Rashes: What to Look Out For

Back to School Rashes: What to Look Out For 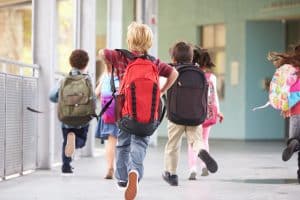 Back to school in New York City means back to rashes that spread like wild fire.  If your child goes to school, it is a matter of time before he or she brings home something more than homework.  Here is a quick primer on how to recognize some of the common infections and infestations you may encounter this school year:

Hand, foot, and mouth disease (HFMD) is a common viral illness that usually affects younger children but can also occur in older children or adults.  It often begins with a fever and reduced appetite, followed by development of painful sores in the mouth.  A skin rash with red spots, and sometimes with blisters, can appear on the hands, feet, elbows, knees, and buttocks.  HFMD is most often caused by Coxsackie Virus.  It is highly contagious and can be spread through coughing, sneezing, contact with blister fluid, or infected feces.  Most cases resolve completely without treatment in one week.  However, affected children can continue to shed the virus and transmit it to others for weeks after.

An estimated 6 to 12 million children aged 3-11 get head lice every year.  Head lice is caused by a parasitic insect Pediculus humanus capitis.  The insect moves by crawling and does not jump or hop.  It is transmitted by direct contact with infected hair, brushes, or clothing (think dramatic play).  Signs of a lice infestation include scalp itch, irritability, and difficulty sleeping (since lice are most active in the dark).  Diagnosis is made by finding a live louse or louse eggs attached closely to the scalp, especially in the posterior scalp or behind the ears.  Lice can be easily treated with over the counter preparations.

Ringworm is a contagious fungal infection of the skin.  When it affects the scalp, it is called Tinea Capitis.  When it affects the body, it is called Tinea Corporis.  Tinea capitis presents with a scaly patch in the scalp that may cause the hair to fall out or break.  It is most often seen in younger children and can be transmitted by sharing hats, combs, brushes, or clothing.  On the skin, ringworm often looks like a scaly ring with raised borders and central clearing.  It is most common among athletes who share gym equipment, clothing, or towels.  Fungal infections of the scalp or body are generally treated with topical and/ or oral antifungal medications.

Herpes Gladiatorum is caused by Herpes Simplex Virus 1 (HSV-1, the same virus that causes cold sores on the lips) and is spread through skin-to-skin contact.  Symptoms usually appear a week after exposure when a cluster of painful, fluid filled blisters appear on the skin.  There may be associated fever, headache, and swollen glands.  The blisters scab over and heal within 1-2 weeks but future outbreaks can occur in the same location.  Treatment is with oral antivirals.  Herpes Gladiatorum is most often seen in wrestlers or in participants of other contact sports.