People With Skin of Color Get Skin Cancer Too

People With Skin of Color Get Skin Cancer Too 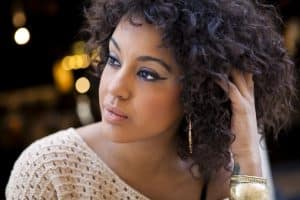 People with skin of color will soon make up the majority of the United States population. This group includes Africans, African Americans, Asians, Latinos, Indians, and Middle Easterners.

Pigment-producing cells are called melanocytes.  Interestingly, people with darkly pigmented skin have the same number of melanocytes as lighter skin people.  The difference is that the melanocytes make more pigment, called melanin.

Melanin is photoprotective, meaning that darker people are more resistant to sun damage and photoaging.  This does not mean that skin of color exempts people from skin cancer – in fact, skin cancer in darker skin patients is often found later and at a more advanced stage due to delayed detection.

While skin cancer is less common in skin of color, when it does occur, it is often detected later and associated with a poorer prognosis.

The most common type of skin cancer in black skin is squamous cell carcinoma (SCC).  In contrast to lighter skin types, people with darker skin get SCC on non-sun exposed skin such as on the legs.  A risk factor for SCC in skin of color is having a chronic inflammatory or scarring process.

SCCs caused by sun in lighter skin have a 1-4% risk of metastases (spreading), whereas SCCs that form in a chronic scarring process on skin of color are much more aggressive, with a 20-40% risk of metastases.  Any non-healing, scabbing, or bleeding growths – especially if within a scar – should be promptly evaluated.

In Asians and Latinos, like in lighter skin types, Basal Cell Carcinoma (BCC) is the most frequent skin cancer and occurs in sun-exposed areas.  Of note, in skin of color, BCCs may appear pigmented and can mimic benign growths such as seborrheic keratoses.  While BCCs rarely metastasize, they can grown and invade local structures causing disfigurement if not treated.

Melanoma is the most dangerous type of skin cancer regardless of skin color.  However, patients with skin of color are more susceptible to a particularly aggressive variant called acral lentiginous melanoma (ALM).

In contrast to melanoma in lighter skin, ALM occurs on the hands and feet, between the toes, or in the fingernails.  Bob Marley, a legendary reggae artist died after a 4-year battle with melanoma that started on his toe.  A dermatologist should promptly evaluate anyone with skin of color who notes a pigmented spot on the skin or streak in the nails that is growing or changing.

Skin cancer is the only time of cancer we can see before it becomes a problem.  In light and dark skin types alike, early detection and removal is curative.  The moral of the story: darker skin types should know how to detect skin cancer in their skin type and should have yearly skin cancer screenings by a professional.